In the inevitable march of beer evolution, this year has seen several unclear milestones.  Just last year, while respected veterans of the beer community were still saying “hazy over my dead body,” Gail and Steve of Beer By BART judged a hazy category for the California State Fair commercial competition, which inspired some thought about what is good and bad NEIPA in the style.  Since then, the Brewers Association has added Hazy or Juicy IPA as a style for the upcoming World Beer Cup competition.  And yesterday, the venerable IPA Festival at the Bistro, in Hayward, California, offered medals to both sides of the IPA bifurcation. And the best of each were awesome!

Congrats to the winners and to the Bistro!

As you can read above, hazy darlings Moonraker took the gold for West Coast IPA, with sliver to Triple Rock, Bronze to Alpha Acid and Honorable Mention to Auburn.

[Moonraker on the podium with Vic Kralj / Expert volunteers ready to pour samples.]

For the first NEIPA (aka hazy or juicy) Gold, SF’s Cellarmaker came in first, followed by New Glory, and Offshoot, the new brand from the Bruery.  Cheers! 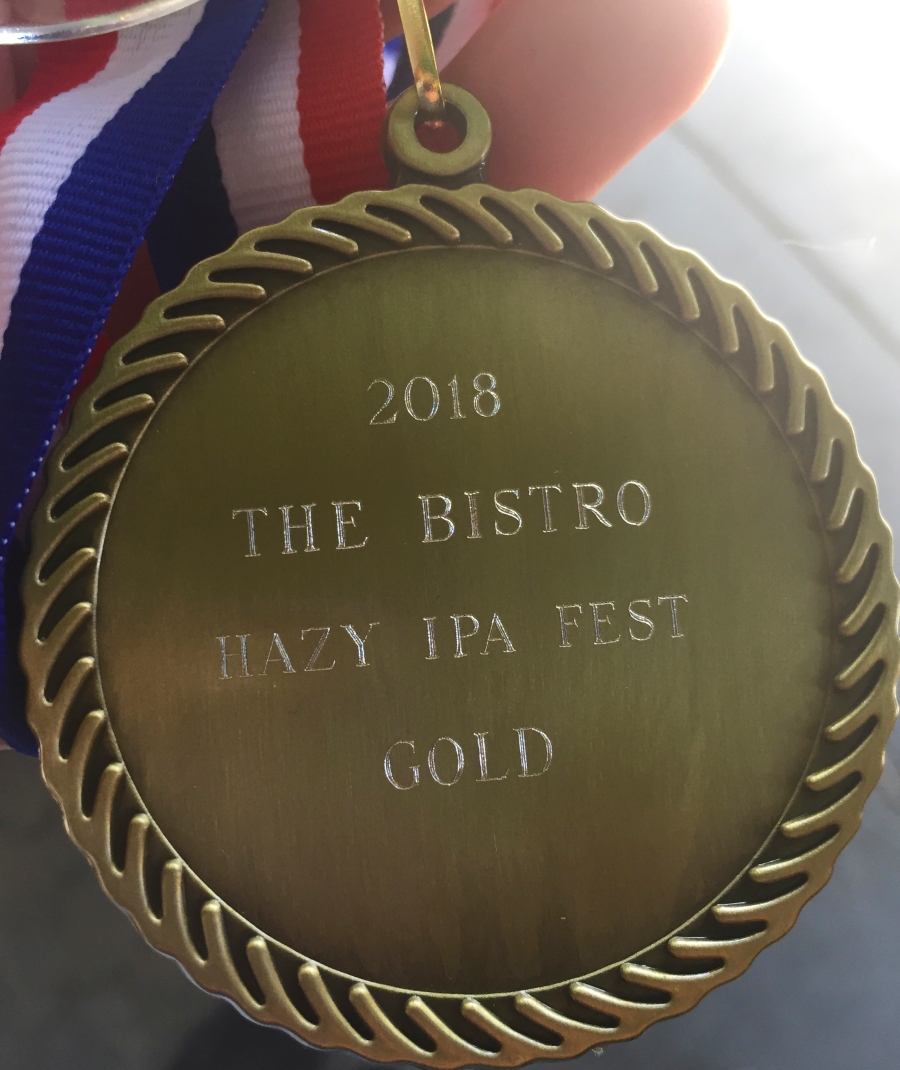