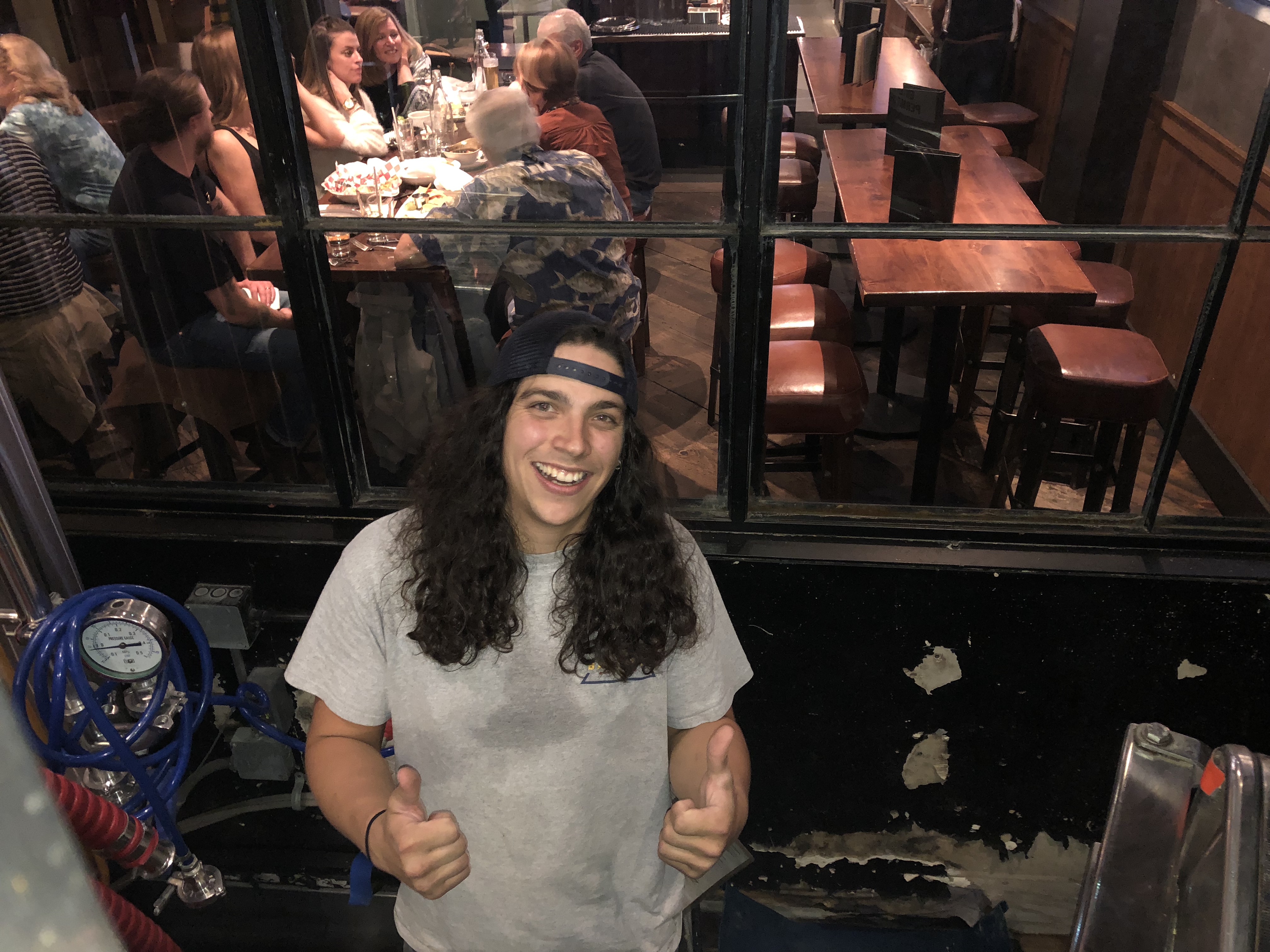 It’s nine a.m. on a crisp Saturday morning in Denver. A steady stream of people flows into the vast convention center, marching down the long hallway to the Bellco Theatre. Brewers, brewery staff, friends and beer judges grab a breakfast burrito and a coffee or a beer on the way into the 5,000 seat theatre to hear the results of the largest beer competition in the United States.

Many brewers from the Greater SF Bay Area who had had shipped their best beers to this most prestigious of US beer competitions have entered the ceremony venue. As the crowd settles into their seats, Brewers Association staffers gather around the stage, preparing for a two-hour-long, tension-filled string of announcements. “Good morning” and “good luck” are uttered all around the hall.

By ten, the theatre is nearly full. The lights dim. Everyone in the audience knows each brewery has a small chance of being called to the stage to collect one of the 324 medals to be awarded in 107 categories. But all have hope.

Ultimately, only 283 of the 2,295 breweries that entered beers will earn medals. As competition director Chris Swersy calls out the winners, cheers erupt from different sections of the vast hall. Winning brewery reps dance, stumble, run, skip and/or hop down to queue up by the stage entrance, waiting to bound up the steps to accept their medal, fist-bump BA President Emeritus Charlie Papazian and pose for an official picture.

The delay between the ongoing announcements of category medals and the subsequent arrival on stage by the winners can be slightly disorienting, but it led to the celebration of the day. The group from Oregon’s Breakside Brewery had just accepted the Bronze medal for English-style Summer Ale and were barely off the stage when they were announced as the winner of another Bronze, the one for the American-Style Pale Ale category. They leapt for joy in the aisle before getting back in line to collect their second medal. Back on stage, as the crew arranged themselves for their second victory photo, they heard their brewery’s name announced again. This time it was a Gold medal for Juicy or Hazy Strong Pale Ale. They bounced up and down and hugged at center stage, joined in warm applause and laughter from around the auditorium.

You Never Forget Your First Medal

Meanwhile, some 1,200 miles away in San Francisco, Nick Mamere was sitting alone in his apartment, eating left-over pizza while he watched the Brewing Network live stream of the awards ceremony. He had entered four beers on behalf of Bartlett Hall, in downtown San Francisco. Bartlett Hall had never won a GABF medal. Mamere felt his main hope for a medal was his chocolate beer. But when that category came and went, his optimism dwindled. “I was like, man, if that didn’t win, it’s probably not gonna happen,” Mamere remembered thinking.

He was on his phone, only half paying attention when he heard Chris Swersy say, “The Silver Medal goes to Bartlett Hall for Powell Street Porter.” The phone promptly blew up with congratulation texts from friends in the auditorium in Denver.

Possibly among the least-known of San Francisco’s 30 breweries, Bartlett Hall is only half a block off of San Francisco’s famous cable car line, in the central tourist district of Union Square. Just a short walk from the Powell Street BART Station, it remains off the radar of most local craft beer fans. Tourists wander in seeking a bar with food and TVs. Many are surprised to learn beer is made onsite in the dark wood-paneled restaurant with its long formal bar, located in the same building as a small tourist hotel.

Mamere had no professional brewing experience prior to starting at Bartlett. “I was homebrewing like crazy, like three times a month,” he said, embracing the hobby in 2009. In 2015 he saw a Facebook post from Bartlett Hall asking for a helper to clean lines and wash kegs. He answered the ad and began working – and learning – one day a week. In 2016, when brewer Wynn Whisenhunt left for other opportunities and recommended him for the job, Mamere took over.

On a recent visit, the menu featured nine beers brewed in-house, including a blonde, a saison, a selection of different styles of IPAs and two stouts. And, happily, the medal-winning porter was still on tap.

Winning a medal at GABF is no small accomplishment. Only about 12% of the nearly 2,300 breweries took home hardware. Bartlett Hall was one of 37 first-time winners. The winning porter was based on the first beer Mamere brewed as a homebrewer. The medal-winning batch was his second professional interpretation of his homebrew recipe. “I felt like the first version was missing something so I made some tweaks. I was happy with how it turned out, but I was still shocked with the win.”

Mamere continued, “The owners of Bartlett were stoked. They were definitely excited.”  He shares a mutual goal with them. “We want to get more locals to come to Union Square to drink.”

His medal-winning beer should help pique some interest.

Big congratulations to all the Greater SF Bay Area winners!

From Sonoma Country to Monterey Bay, every winning brewery and beer has a story. (Check out the tales of the Gold for SF’s Barebottle Brewing Co. and the highly competitive Bronze for newcomer Pond Farm Brewing Co., as reported by Allysa Pereira at the SF Chronicle.)

Here are the winners from approximately a 60 mile radius around San Francisco. (In total, California breweries accounted for 68 medals statewide.)

Explore Beer By BART: Use our destination list of some of the San Francisco Bay Area’s best beer places and their related transit info, so you can get out there to enjoy without driving. (As soon as we subdue Covid-19!)